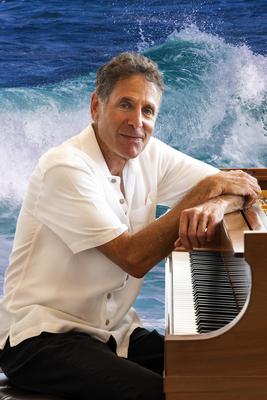 Louis Landon is a composer and Steinway Artist, formerly of New York and currently of Sedona, who has dedicated his life to music. His passion is for peace. His career has taken him around the world playing a variety of styles with some of the most recognized names in the entertainment industry: classical music for Mikhail Baryshnikov on national and international tours, Latin music with "Pucho and his Latin Soul Brothers" on national and international tours, pop music with Rupert "Pina Colada Song" Holmes on television and national tours, rock & roll with John Hall, opening for "Little Feat" on national tours. For the past 30 years, through his production company, Landon Music, he has written and produced music for film, video, and commercials, including three years of "best plays" and "bloopers" commercials for the National Basketball Association.

Not long ago, Landon realized that his music - the solo piano compositions that bring him so much joy and peace, could surely bring joy, and particularly peace, to millions around the world. Louis Landon's mission is to share love, peace, joy, and gratitude, through music.


He has released 43 albums/CDs, 36 of them solo piano, on the LCI record label, his latest entitled Popcorn Jazz Piano, was released on April 1, 2022. Stream on Spotify, Pandora and Apple Music. It's also available for downloads on Amazon, CDBaby, and iTunes.

Keyboard Magazine "He has a gift for composition that is second to none."
New Age Reporter"…for those who like their solo piano music rich and full."
Wind & Wire