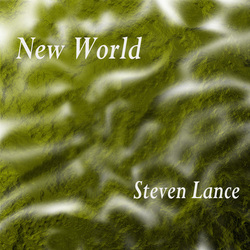 "New World" is Steven Lance's latest musical effort. It is lush with imagery and sensations that soothe even as they inspire. If we hope to claim a new world for the furtherance of Human Kind, we'd better have a soundtrack for the endeavor. This is that soundtrack...

How to buy New World