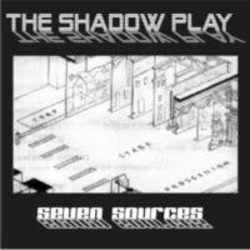 Processional
Something Is Calling Me  Time To Go
The Shadow Play
Rock (progressive), Rock (classic), and Instrumental
by Seven Sources

About SEVEN SOURCES aka Joel Pirard.. Formerly a part of New Jersey based prog band ORION, later AVALON USA, Joel began looking for an outlet to keep making original music,Years of culling and developing has yielded lot of material, some makes up the only studio recordings of certain ORION songs, some made their way the Jester's Promenade & of JDA PROJECT . THE SHADOW PLAY IS THE 3RD BANDCAMP solo collection under the moniker of SEVEN SOURCES. Featuring Donald Pitz on lead vocals on "Something Is Calling Me" which he sang back when the song was originated years ago.

How to buy The Shadow Play