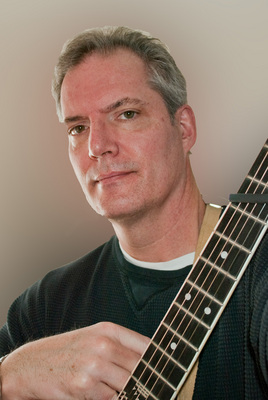 Bill Hall is a singer/songwriter who records and performs original contemporary folk music for Late Cretaceous Productions. A wide range of styles and forms influence Bill's musical direction. "I am a folk singer, but to my way of thinking folk music covers a lot of ground. My earliest influences were rocker Jerry Lee Lewis and the Great Canadian artist Gordon Lightfoot. That is quite a contrast on the surface, but it all comes around in the end, as anyone who has ever heard Jerry's great version of Gord's "Early Morning Rain" will attest to". Other early influences were Kenny Rankin, Glen Campbell, John Hartford and Jimmy Webb. Among the many other artists that Bill admires are Dave Mallett, Leo Kottke, Smashing Pumpkins, Travis, Sunny Day Real Estate, Lisa Lauren, Susan Werner, Greg Brown, Luka Bloom, Earl Klugh and Harvey Reid. Bill's own recordings are arranged around his vocals and acoustic guitars (a Martin D-35 steel string, a Guild MK-Vl classical and a Taylor 450 twelve string).