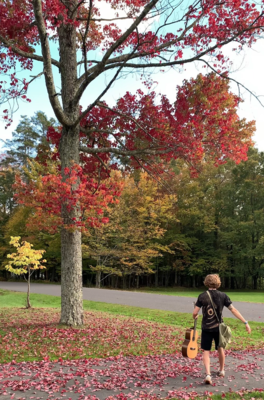 Born in the Catskills in upstate New York, Shane Rennison was anything but musical. He reluctantly played the trombone in his school band for years but didn’t look at music seriously until much later.

After graduating from high school, he attended the University of Florida. He spent two years there, including a semester abroad in Paris. Upon returning from Europe, he began feeling as though something was missing from his life. He began searching for creative outlets. He started writing songs.

In 2019 Shane moved to New York City and began working with Producer T-Heights. He released tracks “Here for the Summer”, “Won’t You Slide”, “Talk”, “This Feeling” and “Another Way” also under the name Rennii.

In 2020 the COVID-19 Pandemic rocked NYC and Shane retreated back to his home town in the Catskills. Here he began refining his guitar and piano skills while writing extensively. It is during this time that he met producer Julian Giaimo and the two began cowriting. Their first track ironically titled “you don’t wanna hear it” is being released on April 29th, 2022.

Shane continues to work on new music so stay tuned!